If you love gardening, like outdoor activities and interested in lakes and canals, do not miss out this amazing tour!

You will be thrilled after visiting China's classical gardens in both Oriental Paris (Shanghai) and Venice of the East (Suzhou). The Yu Yuan Garden is rated the most fabulous garden in Shanghai. Built during the Ming Dynasty by Pan Yunduan for his parents, the garden was solely for private leisure use. However, interestingly enough, the garden became the headquarters of a secret society called "Small Sword Society" that rioted against the Qing Dynasty and the foreign powers in the mid 1800s.

Suzhou and Hangzhou both located along the banks of the Grand Canal, the oldest and longest man-made waterway in the world. In Suzhou, you will explore the smallest and the most reputable garden-the Master of Nets Garden (Wangshi Yuan) and the spectacular Humble Administrator's Garden (Zhuozheng Yuan). The sceneries at the West Lake in Hangzhou and the 1,200-year-old canal town Wuzhen would become part of your unforgettable memories of your lifetime!

Tour Overview
Tour Code: CCW-16
Trip Duration: 13 days/12 nights
Click below for: Tour Price / Accommodations
Beijing, Hangzhou, Suzhou, Shanghai
Departure Dates: Daily
Day 1 : USA/BEIJING
meals: n/a
Depart the United States today to begin your China's Cities and Waterways Tour. Cross the International Dateline en route to China.
Day 2 : BEIJING
meals: n/a
Arrive in Beijing this afternoon. Your English-speaking tour guide and driver will meet you at the baggage claim area and provide a private transfer to your hotel. Have a restful evening (possibly enjoy some extra pampering at the hotel's spa or salon services!) and relax while you adjust to the time zone change and new surroundings.
Day 3 : BEIJING
meals: B/L
Begin your day with a tour at the Forbidden City. Listed as a world heritage site in 1987, the Forbidden City contains the largest group of intact palace structures in the world. The palace is 720,000 square meters in size and contains 9,999 rooms, numerous pavilions, gardens and courtyards. Then visit the Tiananmen Square. Noted as the largest city square in the world, the square was initially designed for political rallies and important gala events. Today the square is flanked by the Forbidden City in the north, the Great Hall of the People in the west, Mao TseTung's Mausoleum in the south and the Museum of Chinese Revolution and the Museum of Chinese History in the east. This afternoon, stop by at the major 2008 Olympic Venues including the National Stadiums - "Bird's Nest", the National Aquatics Center - "Watercube" on the way to the imperial gardens of the Summer Palace. The palace was originally built in 1750 and was rebuilt in 1886. Located in the western outskirts of the city, the Summer Palace is the leading classical garden in China and a UNESCO world heritage site.
Day 4 : BEIJING
meals: B/L
Visit the UNESCO world heritage site today. Begin your day with a tour at the MuTianYu section of the Great Wall. Constructed more than 2,000 years ago by China's first emperor, the ancient wall is the world's longest man-made structure at approximately 4,000 miles in length.
Day 5 : BEIJING/HANGZHOU
meals: B/L/D
Explore the fascinating Hutong neighborhoods. Beijing's oldest Hutongs were constructed during the Yuan, Ming and Qing dynasties. Your tour will take you through some of the best-preserved Hutong neighborhoods, which represented the history, culture and lifestyle of old Beijing. After a special homemade lunch at a local family residence in the Hutong Lane area, visit the Temple of Heaven which is China's largest temple and altar. It is often regarded as the most recognizable symbol of China. This evening, get onboard a luxury express train for your overnight journey to Hangzhou.
Day 6 : HANGZHOU
meals: L
Arrive at Hangzhou in the early morning. Hangzhou is one of the eight ancient capital cities in China. Your English-speaking tour guide and driver will pick you up at the Hangzhou train station. After breakfast, visit the Ling Yin (Soul's Retreat) Temple founded in 326 AD by the Indian monk Hui Li. In the afternoon, get onboard a gorgeous scenic cruise on the West Lake (Xihu).
Day 7 : HANGZHOU/WUZHEN/HANGZHOU
meals: B/L
After breakfast, travel to the 1,200-year-old canal town of Wuzhen. Recently opened to visitors, the town retains its charm and grace reminiscent of a traditional Chinese painting: quaint buildings, traditional arched bridges and willow- lined canals. Local actors regularly perform Shaoxing, Peking and Flower Drum Operas for free at the town square adjacent to the Xiuzhen Temple. After lunch, visit traditional workshops that carry local craft products, such as indigo painted fabric, Sanbai wine, cloth shoes and bamboo handicrafts. Return to Hangzhou in the early evening.
Day 8 : HANGZHOU/SUZHOU
meals: B/L
Visit Hua Gang Park located in the southwest end of West Lake (Xihu) this morning. After lunch, get onboard an express train to Suzhou. Your local English-speaking guide and driver will meet you at the train station and transfer you to the hotel.
Day 9 : SUZHOU
meals: B/L 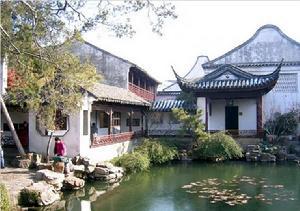 Suzhou is known as the "Venice of the East". This morning, explore the finest garden in Suzhou-- Master of Nets Garden (Wangshi Yuan). In the afternoon, visit the Suzhou Museum, which is designed by the world's famous and important Chinese-American architect Ieoh Ming Pei.
Day 10 : SUZHOU
meals: B/L
Visit the Humble Administrator's Garden (Zhuozheng Yuan) located at the Loumen Gate of Suzhou, which is often regarded as one of the major gardens in China. Continue your tour at the Taoist Temple of Mystery (Xuan Miao Guan), founded during the third century. Move on to the Embroidery Research Institute this afternoon to observe and purchase the works of the artists as they embroider on the silks with intricate patterns. Having a historical background of more than 2,000 years in embroidery, the research institute in Suzhou is rated one of the four major schools of Chinese embroidery.
Day 11 : SUZHOU/SHANGHAI
meals: B/L
After breakfast, take a short train trip to Shanghai. Your local English-speaking guide and driver will show you around the "Paris of the East"-Shanghai upon your arrival. Your first stop will be the Bund, located near the Huang Pu River. Then visit the Yu Yuan Garden nearby, where you can view intricately designed gardens, pavilions, koi stocked pools and courtyards. This afternoon, just relax on your own or take in some world famous shopping at one of the markets suggested by our knowledgeable local guide.
Day 12 : SHANGHAI
meals: B/L
In the morning, visit the Jade Buddha (Yufo) Temple built in 1882. After lunch, visit the Shanghai Museum, your last attraction in Shanghai. Famous for its world-class architecture, the museum also has 123,000 cultural artifacts, which specialized in bronze ware, ceramics, calligraphy and painting.
Day 13 : SHANGHAI/USA
meals: B
After breakfast, your English-speaking guide and driver will bring you to the airport for your International flight back to the United States.